TEHRAN, oct 31_Factory activity in China shrank for the sixth straight month in October and by more than expected, while service sector growth eased as firms grapple with the weakest economic growth in nearly 30 years. 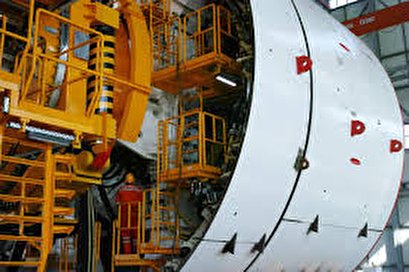 The Purchasing Managers’ Index (PMI) fell to 49.3 in October, China’s National Bureau of Statistics said on Thursday, versus 49.8 in September. The 50-point mark separates growth from contraction on a monthly basis.

Economists polled by Reuters had expected the reading would be unchanged from September.

Weighed down by cooling domestic demand, sluggish investment and a protracted trade war with the United States, China’s economic growth slowed to a near 30-year low of 6.0% in the third quarter, raising expectations that Beijing will need to roll out more support measures soon.

New export orders fell for the 17th month in a row in October, with the sub-index down to 47.0 from 48.2 in the previous month.

Total new orders, which includes those for export and domestic use, fell back to contractionary territory and erased September’s fleeting growth, suggesting continued weakness in demand at home.

Demand contraction would put a dent on prices and further chip away the already-thin margin for manufacturers. In September, China’s producer prices posted the steepest decline in more than three years, while industrial profits shrank for the second month.

Factories continued to shed jobs in October on weakening demand and rising business uncertainties. The sub-index for employment was at 47.3 in October compared with 47.0 the previous month.