Foreign investment into China falls in May

Foreign investment in China fell in May to its lowest level in 16 months, partly due to slowing growth. 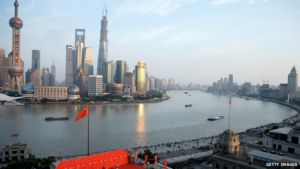 The government says China attracted $8.6bn (£5.1bn) in foreign direct investment (FDI) in May.
That is a 6.7% fall from the same period last year and marks China's weakest FDI report since January 2013.
Economists say prospects of slower growth in the world's second-largest economy may have deterred foreign investors.
China's economy expanded at the pace of 7.4% in the first three months of this year, down from 7.7% growth in the previous quarter.
Earlier this year, Premier Li Keqiang set a target of about 7.5% growth for 2014.
China's GDP growth has been falling since 2010, when it stood at 10.4%.
FDI includes greenfield investment projects, such as newly built factories, as well as mergers and acquisitions.
And the monthly FDI figures can fluctuate as individual investment projects are announced.
The FDI data comes as Mr Li is in the UK on a three-day visit, looking to drum up more investment from the UK.

Domestic boost
To counter the reliance on foreign investment and external factors for growth, China has also been looking to pursue economic growth at home by boosting its infrastructure.
Earlier this month, the State Council said China would build a multi-tier transport system along the Yangtze River, to help create a new economic belt.
According to official data, the 11 provinces and municipalities along the river account for almost 41% of China's overall gross domestic product.
In April, the government said it would cut taxes on small firms and speed up the construction of railway lines across the country.
BBC
Share to
Tags
China ، Foreign investment ، economy
Your Comment