TEHRAN, Nov 26_Tens of thousands of people have rallied across the world to mark the International Day for the Elimination of Violence against Women, with clashes erupting between the demonstrators and security forces in some cities. 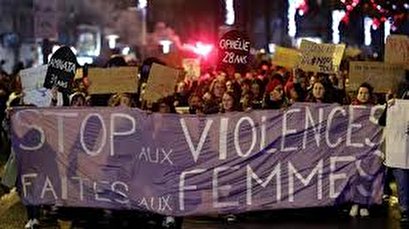 TEHRAN, Young Journalists Club(YJC)_Demonstrators on Monday gathered in countries as diverse as Guatemala and France, among many other places.

In the Turkish city of Istanbul, riot police blocked the path of roughly 2,000 protesters before firing tear gas and plastic bullets to disperse them.

Roughly 87,000 women and girls were murdered across the world in 2017, according to the United Nations (UN).

The Monday rallies — animated by growing anger over the failure of justice systems to punish offenders — followed a weekend of protests against what has been termed femicide.