TEHRAN, Dec 1_At around 2pm on Friday the 29 of December London Bridge and the streets surrounding it were brought to a standstill as horrified onlookers watched passersby wrestle a man to the ground and then a police officer shoot him dead. 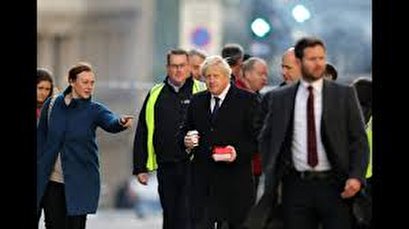 TEHRAN, Young Journalists Club(YJC)_28 year old Usman Khan killed two people and injured another three before he was subdued. The day after mayor Sadiq Khan visited the scene of the murder where abandoned vehicles still stood and forensic teams were at work.

Usman Khan was convicted for terrorism offences in 2012 and then released from prison on license in December 2018. He had served only 6 of his 8 year sentence.

As part of his release conditions Khan was obliged to take part in the government's desistance and disengagement programme. The purpose of which is the rehabilitation of people who have been involved in terrorism. In this case at least, it seems the system failed though.

After visiting the scene Prime Minister Boris Johnson said the system of automatic early release is not working. Usama Khan’s solicitor has claimed his client asked for help to deradicalized in prison but none was forthcoming.