No ally of people living with HIV,' Trump censured on World AIDS Day

TEHRAN, Dec 2_US President Donald Trump is branded as “no ally of people living with HIV” on World AIDS Day. 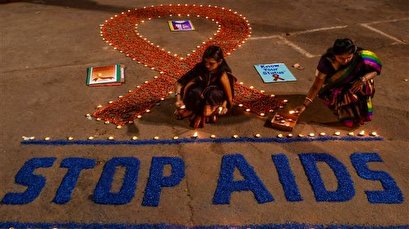 TEHRAN, Young Journalists Club(YJC)_Officials with the Democratic National Committee (DNC) made the comment in a joint statement Sunday.

“This president is no ally of people living with HIV, who are disproportionately LGBTQ and people of color,” said DNC Chairman Tom Perez along with other chairmen, Tony Coelho, and Earl Fowlkes. “His administration has proposed cutting global HIV-prevention programs and attacked health care services that people living with HIV rely on, including the Affordable Care Act, Medicaid, and Planned Parenthood.”

A tweet by Trump Jr. about people with AIDS made the Human Rights Campaign call on the president’s son toapologize.

The president has said that he “will eradicate AIDS in 10 years” despite the criticism directed at him and his family.

“On World AIDS Day, The First Lady and I express our support for those living with HIV/AIDS and mourn the lives lost. We reaffirm our commitment to end the HIV/AIDS epidemic in America, community by community where we will eradicate AIDS in 10 years, program already started,” he tweeted.  “American leadership has proven that together we can save lives.”