China wants US tariffs rolled back in phase one trade deal: Global Times

TEHRAN, Dec 2_Beijing's top priority in any phase one trade deal with the United States is the removal of existing tariffs on Chinese goods, China's Global Times newspaper reported on Sunday, amid uncertainty on whether the two sides can end a 17-month trade war that has depressed global growth. 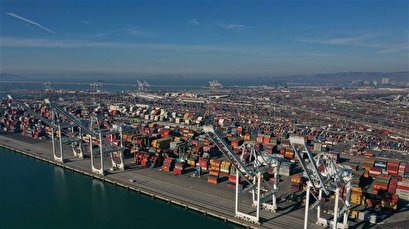 TEHRAN, Young Journalists Club(YJC)_Sources with direct knowledge of the trade talks told the Global Times on Saturday that the US must remove existing tariffs, not planned tariffs, as part of the deal," according to the report.

Global Times, published by the official People's Daily newspaper of China's ruling Communist Party, also cited another  unidentified source close to the talks as saying US officials  had been resisting such a demand because the tariffs were their only weapon in the trade war and giving up that weapon meant "surrender."

Officials with the US Trade Representative's office and the US Treasury Department did not reply to a request for comment.

The United States is poised to impose an additional 15% tariff on about $156 billion of Chinese products on Dec. 15. It is widely expected that those tariffs will be averted if a deal is struck, but China is pressing for rollbacks of previous tariffs.

On Tuesday, US President Donald Trump said Washington was in the "final throes" of a deal aimed at defusing the trade war with China, a few days after Chinese President Xi Jinping expressed his desire for a trade agreement. Top trade negotiators for both countries also spoke again and agreed to keep working on the remaining issues.

Trade experts and people close to the White House told Reuters last month, however, that signing a phase one agreement may not take place until the new year as China pressed for more extensive rollbacks of tariffs. An agreement was initially expected to be completed by the end of November.

Grassley said Lighthizer and Mnuchin were willing to go if they saw "a real chance of getting a final agreement."