TEHRAN, Dec 2_ Prime Minister Giuseppe Conte has told parliament on Monday a contested reform of the euro zone’s bailout fund was in Italy’s national interest, but that it should only be adopted as a package alongside other measures. 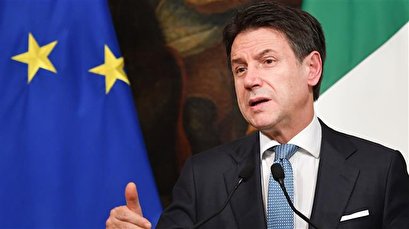 TEHRAN, Young Journalists Club(YJC)_A reform of the European Stability Mechanism (ESM) is due to be approved by the bloc’s countries this month, but Italy’s right-wing opposition is against it and accuses Conte of “betrayal” by consenting to the changes without involving parliament.

“We can affirm that the negotiation conducted thus far has reached a balance in line with the national interest,” Conte told the Chamber of Deputies, listing numerous occasions when he said he had informed parliament of progress in negotiations.

However, he said other measures, including a common bank deposit guarantee and a common unemployment insurance mechanism, need to be adopted along with the ESM changes, in addition to further progress on a euro zone budget.

Negotiations on these reforms are far less advanced and it remains unclear whether Conte is threatening to veto the ESM reform until they are passed, or merely wants informal guarantees on them from Italy’s partners.

The ESM reform divides Italy’s ruling parties. The anti-establishment 5-Star Movement is against signing off on it until plans for a wider European banking union become clearer, while the center-left Democratic Party (PD) supports the plan.