TEHRAN, Dec 4_A rocket barrage has hit a western Iraqi airbase accommodating American forces, which has notoriously hosted surprise visits by the US president and his second-in-command. 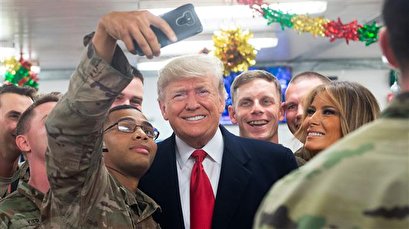 No casualties were reported, the statement added, giving no further details. No person or group has yet claimed responsibility.

Last December, US President Donald Trump paid an unannounced visit to the facility, which had not been cleared with Baghdad in advance, prompting both Iraqi civilians and politicians to protest its intrusive manner.

Following Trump’s visit, some Iraqi lawmakers even proposed that the country expel the US forces in response to Washington’s disregard for their country’s sovereignty.