TEHRAN, Dec 4_US sanctions have provided Iran with a rare opportunity to resurrect its textile and clothing industry which is as old as its history. 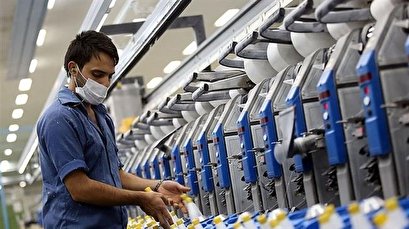 TEHRAN, Young Journalists Club(YJC)_There is a big opportunity for existing textile and apparel plants to expand and for new entrants to set up shop, especially in the wake of a stepped-up crackdown which the government launched about a year ago against smuggled clothing.

Last year, Iranian producers were so buoyed by the measure that they replenished the market with local quality brands during the period leading up to the new Persian year, usually marked by a shopping spree.

The Iranian rial’s depreciation has provided the additional boon by cutting imports and smuggling which are the nagging problem of the industry.

Smuggled clothing costs Iran and its apparel producers some $2.6 billion in lost revenues a year, deputy director of Iran Textile Exports and Manufacturers Association Majid Nami said in Tehran Tuesday. To put this in perspective, Iran’s official imports of clothing is put at a minuscule $60 million.

Retailers in Tehran and other major cities have a teeming emporium of contraband clothing which has thrived for more than a decade.

By comparison, the share and growth of the textile and clothing industry in the economy of Iran and Turkey, which have dominated the geopolitical and economic landscape of the Middle East for centuries, has gone in opposite directions.