TEHRAN, Dec 5_A Yemeni maritime official says the Saudi-led coalition has impounded more than a dozen ships carrying energy derivatives and food destined for the conflict-plagued and impoverished Arab country, despite the fact the vessels had earlier acquired necessary permits from the United Nations. 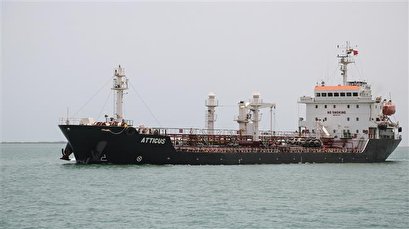 TEHRAN, Young Journalists Club(YJC)_The unnamed official at Hudaydah port told Arabic-language al-Masirah television network on Wednesday that 13 ships have been marooned at the port of Jizan in southwestern Saudi Arabia.

He added that the vessels had undergone inspection by the United Nations and obtained the relevant papers.

The remarks come a day after Yemen Petroleum Company announced in a statement that the Saudi-led coalition adamantly refuses to allow tankers to sail towards Yemen and offload their consignments there.

The statement noted that the alliance is holding five vessels loaded with gasoline and diesel in order to increase the sufferings of Yemeni citizens.

The vessels are reportedly carrying 84,837 liters of gasoline and 53,004 liters of diesel.

Back on November 23, the Yemeni minister of public health and population said it is estimated that every 10 minutes a child under the age of five dies from extreme hunger in the country, warning that the ongoing Saudi-led blockade is also taking a heavy toll on newborn babies.