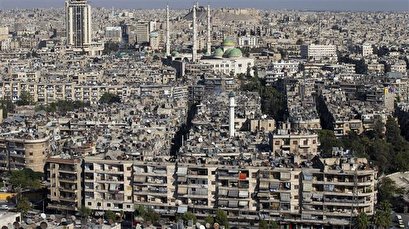 TEHRAN, Young Journalists Club(YJC)_Major Geneneral Yuri Borenkov, the head of the Russian Reconciliation Center for Syria, said on Wednesday that the shelling hit a sports club in the city of Tall Rifat.

“A sports club in the city of Tall Rifat in Aleppo province was shelled by terrorists. They fired 120-mm mortar rounds from the southeastern outskirts of the village of Kaljibrin,” he said. “The shelling killed 10 civilians [a man, a woman and eight children], while another 13 people were injured, including seven children, two of them are in serious condition.”

Borenkov also noted that Hayat Tahrir al-Sham terrorists conducted a missile strike on a residential building in the town of al-Wadihi in Aleppo’s southern countryside on Tuesday.

The attack, he added, destroyed the house, killed a six-year-old boy, and injured his mother and two brothers.

He further said that in the past 24 hours, militants have shelled 32 inhabited localities in Aleppo, Latakia, Hama and Idlib provinces.

The Russian Reconciliation Center for Syria was established in 2016 in a bid to promote a ceasefire across the war-torn country and monitor the humanitarian situation as well as the repatriation of refugees.