TEHRAN, Dec 5_Having failed to fulfill their commitments to Iran under a 2015 nuclear deal, the European signatories are now accusing Tehran of possessing “nuclear-capable ballistic missiles,” claiming its latest missile activities are “inconsistent” with a UN resolution that endorsed the accord. 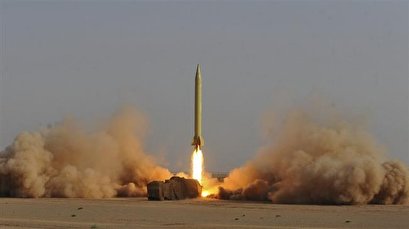 TEHRAN, Young Journalists Club(YJC)_In a letter to UN Secretary-General Antonio Guterres circulated on Wednesday, UN ambassadors from France, the UK and Germany claimed that “Iran’s developments of nuclear-capable ballistic missiles” go against a 2015 UN resolution calling on Tehran not to undertake any activity involving such missiles.

UN Security Council Resolution 2231 endorsed the multilateral nuclear accord, officially known as the Joint Comprehensive Plan of Action (JCPOA), which was signed in 2015 between Iran and the major world powers — also including the US, Russia, and China.

Tehran has not yet reacted to the European claims, but it has repeatedly said Iran has no nuclear warheads and that none of its missiles have been designed to carry nuclear weapons. Iran also insists that its missile program is a domestic defense issue, which is not up for talks.

US President Donald Trump pulled his country out of the JCPOA in May 2018 and re-imposed harsh sanctions against Iran, calling for a “new deal” that would address Iran’s national missile program and its anti-terrorism role in the region.

“The Shahab-3 booster used in the test is a Missile Technology Control Regime category-1 system and as such is technically capable of delivering a nuclear weapon,” they claimed.