Iran has achieved self-sufficiency in defending itself: Top general 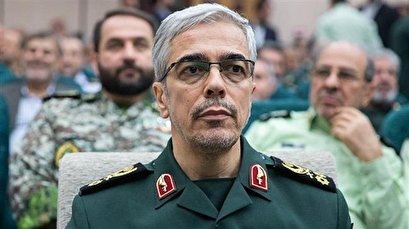 TEHRAN, Young Journalists Club(YJC)_“Today we can announce that we have achieved self-sufficiency in defending the country,” Major General Mohammad Baqeri, the chairman of the Chiefs of Staff of the Iranian Armed Forces, said on Thursday during an exhibition of military products in Tehran.

He added that these achievements have brought about “effective might and deterrence, and sustainable security and defense” for the Iranian nation.

The top military commander further hailed the great and “eye-catching” progress the country has made in the field of military industries in the past two years, noting that Iran is becoming less dependent on foreigners in producing defense-related hardware thanks to its universities as well as knowledge-based companies, which are actively designing and manufacturing military equipment.

Today, a major proportion of the country’s defense needs are supplied by the defense industry, General Baqeri stressed.