TEHRAN, Dec 6_Iraqi security forces say two Katyusha rockets have landed in an air base just north of the capital Baghdad, where American trainers are stationed. 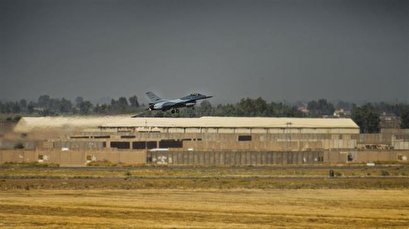 The development came only two days after the US-led coalition purportedly fighting the Daesh Takfiri terrorist group announced that several rockets had landed outside Ain al-Asad Air Base, where hundreds of US troops are stationed in Iraq’s western province of Anbar.

Col. Myles B. Caggins III, the spokesman for the so-called Operation Inherent Resolve, said in a statement that no facilities were hit and there were no injuries.

US Vice President Mike Pence paid an unannounced visit to the airbase on November 23 to meet with US troops there.

Attacks on Iraqi bases hosting US troops besides foreign diplomatic missions come at a time when a wave of protests over unemployment, corruption and lack of public services continues in the country.