ICJ to be asked to help stop violence against Rohingya

TEHRAN, Dec 6_The International Court of Justice (ICJ) at The Hague is to be asked to enact “provisional” measures that would ask Myanmar to stop deadly violence against the country’s Rohingya Muslim minority. 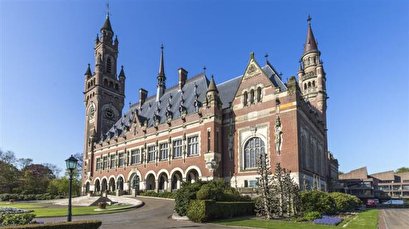 TEHRAN, Young Journalists Club(YJC)_Gambia, which has lodged a case with the ICJ to implicate Myanmar in genocide against the community, will be urging the court to enable a restraining order against Myanmar before official hearings could begin.

The plea would be presented to the 16-member panel of judges at the tribunal, which serves as the United Nations’ inter-state arbitration mechanism, on December 10, Reuters reported on Friday. The hearings are expected to go underway next year.

Rohingya Muslims, recognized by the UN as the world’s most persecuted minority group, are denied Myanmarese citizenship as the country’s leadership brands them as illegal immigrants from neighboring Bangladesh, which, for its part, says they are from Myanmar.

A military crackdown that began in 2016 saw thousands of the Muslims being killed, injured, arbitrarily arrested, or raped by Myanmarese soldiers and Buddhist mobs.