Joe Biden slams Trump after he was mocked by NATO leaders

TEHRAN, Dec 6_US Democratic presidential candidate Joe Biden has sought to take advantage of President Donald Trump's cold reception at a NATO summit in Britain, as footage emerged of other Western leaders mocking the US president. 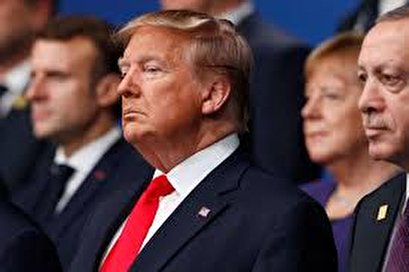 TEHRAN, Young Journalists Club(YJC)_In an online election ad released Thursday, Biden tried to portray himself as someone who is highly experienced in foreign affairs and can restore America’s global standing.

Biden, 77, blasted Trump as a “dangerously incompetent” and “incapable” head of state.

“The world sees Trump for what he is; insincere, ill-informed, [and] corrupt,” he says in the video. “And if we give Donald Trump four more years, we’ll have a great deal of difficulty of ever being able to recover America’s standing in the world.”

His online ad features a video of other world leaders mocking Trump at a Buckingham Palace reception held during the NATO summit this week.

Biden has publicly criticized Trump's belligerent style on the world stage repeatedly this week as he campaigns across the state of Iowa. With his six terms as a senator and two terms as vice president, Biden believes his international experience is a winner for him in the upcoming presidential election.

In an interview with the Associated Press on Thursday, Biden said he not only has a better demeanor and skill set for the job than Trump, but he also has more relevant experience, deeper knowledge and more extensive relationships abroad than his Democratic competitors.