Iranian President Hassan Rouhani has submitted a draft state budget to the parliament, saying it has the least possible dependence on oil and is meant to resist and counter US sanctions. 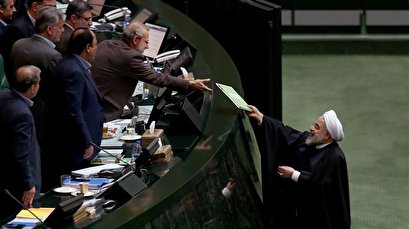 "Next year, similar to the current year, our budget is a budget of resistance and perseverance against sanctions," he told the parliament in Tehran on Sunday.

"This budget announces to the world that despite sanctions, we will manage the country, especially in terms of oil," he added.

The budget, he said, has taken the US "maximum pressure" campaign against the Islamic Republic into account. “This is a budget to resist sanctions ... with the least possible dependence on oil.”