TEHRAN, Dec 8_Two police officers have been shot and killed in the US states of Texas and Arkansas, reports say. 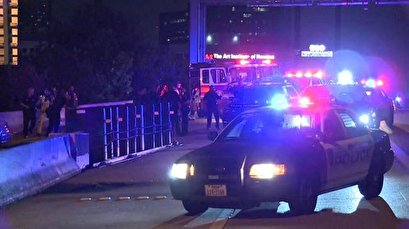 TEHRAN, Young Journalists Club(YJC)_Sgt. Christopher Brewster, 32, was shot dead in Houston Saturday night by a man who had been reported for assault, authorities said.

According to Houston Police Chief Art Acevedo, police received a call from a female victim who said her boyfriend was assaulting her. She also said that the man had two fire arms.

Officers arrived at the location, but did not find the pair, however, Brewster found them three streets away.

He was shot multiple times immediately after exiting his patrol vehicle, according to Acevedo.

The suspect was later arrested at a school. His semi-automatic pistol was also found with him.

Meanwhile, in another incident in Fayetteville, Arkansas, an officer was killed Saturday night outside a police department.