Iran says its response will make Israel regret any aggression

TEHRAN, Dec 10_Iran has reacted to Israel’s recent threats of military action, warning that its response to any such potential effrontery will make the occupying regime regret its acts. 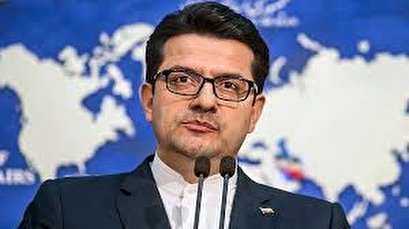 TEHRAN, Young Journalists Club(YJC)_The Islamic Republic, through reliance on its people’s culture of self-sacrifice and resistance, will not hesitate or compromise even a moment in defending its sovereignty and national security,” Foreign Ministry Spokesman Abbas Mousavi said.

“Iran will deliver a crushing and regret-inducing response to any such aggressive or foolish acts,” he added, the Ministry reported on Monday.

On Sunday, Naftali Bennett, Israel’s minister for military affairs, claimed that Iran was ”trying to establish a ring of fire around” Israel. “It is already based in Lebanon and is trying to establish in Syria, Gaza and more," he said.

Bennett said the regime had to increase its operations on the Syrian soil against what he called “Iranian targets.”

"We need to move from containment to attack,” he added, referring to the operations, which are already offensive in nature. “We say to Iran: Syria will become your Vietnam,” Bennett stated.

The Islamic Republic has routinely refuted claims of regional intervention leveled against it, verifying that its presence in Syria only serves to accommodate Damascus with military advisory support against militant groups and Takfiri terrorists.

Earlier, Israeli foreign minister Israel Katz threatened a military operation against Iran with the help of the United States, Saudi Arabia, and the United Arab Emirates.

Katz alleged that such a front would rise to action in the event Iran sought “to acquire or stockpile nuclear weapons.”