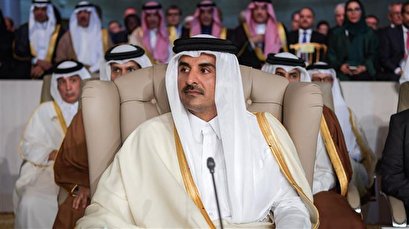 TEHRAN, Young Journalists Club(YJC)_The official Qatar News Agency (QNA) reported on Tuesday that Sheikh Tamim had named Prime Minister Abdullah bin Nasser bin Khalifa Al Thani to lead the Qatari delegation to the 40th GCC summit, which is due to open in the Saudi capital later in the day.

Sheikh Tamim’s no-show at the Riyadh meeting dampens hopes of reconciliation between Qatar and a Saudi-led bloc, which are involved in a 30-month diplomatic dispute.

The Saudi-led bloc presented Qatar with a list of demands and gave it an ultimatum to comply with them or face consequences. Doha, however, refused to meet the demands and stressed that it would not abandon its independent foreign policy.

Last year’s GCC summit was held in Riyadh, where Qatar was represented by its Minister of State for Foreign Affairs Sultan bin Saad Al Muraikhi.