TEHRAN, Dec 10_The Iranian government has paid nearly $100 million in flood relief to farmers whose lands and crops were devastated in the heavy rainfall that came in April and March this year. 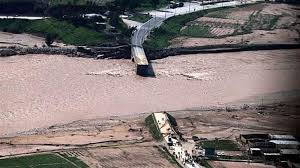 TEHRAN, Young Journalists Club(YJC)_A senior official at Iran’s ministry of agriculture said on Tuesday that the government had provided nearly $60 million in direct payments to farmers who had incurred losses during the floods.

Seyyed Mohammad Mousavi said an extra $40 million had been paid in low-interest loans to nearly 50,000 farmers in north, west and southwest of the country, where floods had caused significant damage to the agricultural lands and crops.

The announcement comes as the Iranian government and other agencies continue with reconstruction activity in flooded regions in four main provinces.

Dozens of people were killed in the floods which continued for several weeks and caused massive damage to roads, bridges, homes and lands.