TEHRAN, Dec 12_The US House of Representatives approved on Wednesday a $738 billion defense policy bill providing the first paid family leave for all federal workers and the creation of a Space Force, a top military priority for President Donald Trump. 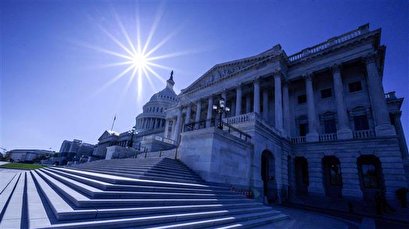 TEHRAN, Young Journalists Club(YJC)_The Democratic-controlled chamber voted by 377-48, easily sending the conference report on the National Defense Authorization Act, or NDAA, to the Republican-controlled Senate, which is expected to pass it by the end of next week.

Trump said he would sign the bill as soon as it passes.

"Wow!" he said on Twitter. "All of our priorities have made it into the final NDAA: Pay Raise for our Troops, Rebuilding our Military, Paid Parental Leave, Border Security, and Space Force! Congress – don't delay this anymore! I will sign this historic defense legislation immediately!"

The establishment of the US Space Force as the sixth Armed Service of the United States, under the Air Force, fulfills one of Trump's most high-profile requests.

Despite broad bipartisan support, a handful of left-leaning Democrats and libertarian-leaning Republicans opposed the measure because it did not include policy planks that would have restrained Trump's war powers, including a ban on support for Saudi Arabia's air campaign in Yemen.

The fiscal 2020 NDAA also does not bar the Republican president from using military funds to build a wall on the US border with Mexico and lacks strong language that would have forced the cleanup of chemicals known as PFAS believed to contaminate some water supplies.

Those provisions were included in a version of the NDAA the House passed in October, but not in one passed by the Senate. They were removed during months of negotiations with Senate Republicans and Trump administration officials.