TEHRAN, Dec 12_Iran’s UK ambassador says BBC Persian news network is partaking in the US-led campaign of economic terrorism targeting the Islamic Republic by painting a black picture of conditions inside the country and instigating Iranians to take their assets out of banks. 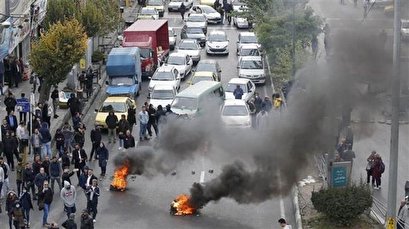 TEHRAN, Young Journalists Club(YJC)_Hamid Baeidinejad tweeted the remarks on Thursday, citing a Wednesday “interview” by the BBC News’ Persian service with a US-based “political activist” as an example of the attempted anti-Iran sabotage by the channel.

The envoy said during the “interview, which had been recorded and planned in advance,” BBC Persian’s presenter and the so-called activist “were, through painting a very mendacious picture of Iran’s economic situation, unequivocally called on Iranians to immediately take their assets out of Iranian banks.”

“And they [make so bold as to] call themselves journalists. No this is [not journalism, but] partnership in the economic terrorism project, against Iran” Baeidinejad protested.

Tehran has sent an official protest note to Britain’s communications regulator Ofcom over the channels’ “malicious skewing” of Iran’s recent developments, and “their invitation of extensive violence against the country’s civil institutions.” Via the letter, Tehran has required that the media outlets be subjected to due process over their questionable performance.