TEHRAN, Dec 12_A senior Iranian commander says the Islamic Republic’s defensive systems and equipment boast a thoroughly indigenous production process, noting that the military hardware's quality has turned the country into one of the world’s defense technology leaders. 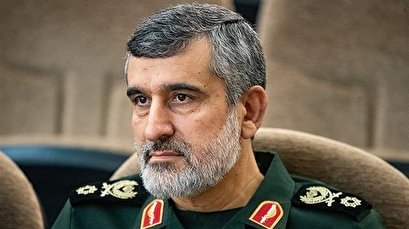 He was addressing a plenary meeting of the commanders and senior officers of the IRGC’s Khatam al-Anbiya Construction Headquarters, an engineering hub.

Had it not been for the Headquarter's now-30-year-old services, sanctions employed against the country would have come to inflict considerable damage on its various industrial, energy, and economic sectors, he said.

“Thanks to the diligence exercised at the Headquarters, not only have many of the oppressive sanctions been rendered ineffective, but also they have been turned into an opportunity for growth and fruition of the country’s domestic capability and capacity,” the commander hailed.

The Headquarters has been contributing heavily to Iran’s industrial and economic spheres, including by playing a significant role in its efforts to exploit its oil wealth.

In February, the country opened the third phase of its Persian Gulf Star Refinery, where the Headquarters has been contributing to construction efforts. The development marked the country’s self-sufficiency in gasoline production with a total output standing at more than 100 million liters per day.