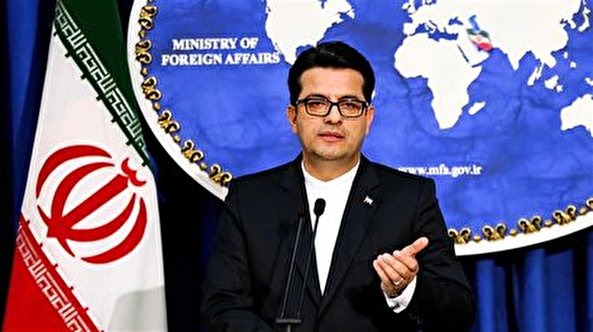 TEHRAN, Young Journalists Club(YJC)_Iranian Foreign Ministry Spokesman Seyyed Abbas Mousavi said in a statement on Thursday night that such comments do not remedy the failure of some European countries to honor their commitments under the 2015 Iran nuclear deal, officially known as the Joint Comprehensive Plan of Action (JCPOA), besides their incapability to stand against "US economic terrorism" on Iran.

The world public opinion has not yet forgotten the country that armed former Iraqi dictator Saddam Hussein with the chemical warfare, which was used against Iranians and their Iraqi counterparts during the imposed war (1980–88) on Iran,” Mousavi noted.

The senior Iranian official went on to say that people still remember how German riot police suppressed protesters on the eve of the two-day G20 summit in the port city of Hamburg back in July 2017, and how weapons are being funneled by certain European states to the Middle East, where they have brought about nothing other than war crimes, destruction and massacre of women and innocent children as seen in Yemen.