TEHRAN, Dec 13_US President Donald Trump’s executive order on Wednesday to prohibit federal funding to colleges and universities that allow anti-Semitism has received backlash, with critics calling it an effort to stifle free speech and criticism of Israel. 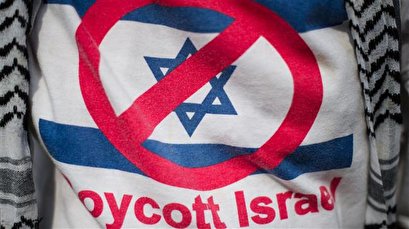 EHRAN, Young Journalists Club(YJC)_The order would extend protections against discrimination under the 1964 Civil Rights Act to people subjected to anti-Semitism on college campuses.

Title 6 of the Civil Rights Act prohibits discrimination on the basis of race, color, and national origin in programs and activities receiving federal financial assistance.

“This is our message to universities: If you want to accept the tremendous amount of federal dollars that you get every year, you must reject anti-Semitism. It’s very simple,” Trump said during a Hanukkah reception at the White House.

Critics said the order is really targeting criticism of Israel, particularly the Boycott, Divest and Sanction Israel movement (BDS) against Israel over the regime’s oppressive policies toward the Palestinians.

The BDS movement has gained support among some US universities in recent years.

"This is not 'protecting Judaism under civil rights law,'" tweeted Sophie Ellman-Golan, director of an organization called Jews against White Nationalism. "This is using Jews and Judaism as a shield to go after Palestinians and anti-authoritarian professors and student activists."

The US Campaign for Palestinian Rights criticized the order as an attempt to silence protests against Israel. This is "a clear instrument of repression targeting activism for freedom, justice, and equality for the Palestinian people on college campuses," the group said in a statement.