TEHRAN, Dec 13_Japan's Prime Minister Shinzo Abe is planning to scrap a visit to northeast India as the security situation there deteriorates following the passage of a controversial citizenship bill, media reported Friday. 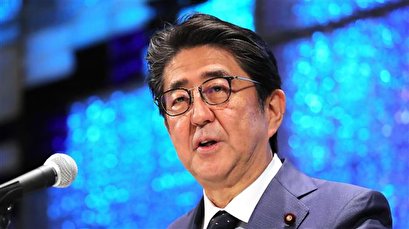 TEHRAN, Young Journalists Club(YJC)_Abe had announced plans to visit India from Sunday to Tuesday for talks with Prime Minister Narendra Modi.According to reports in the Indian press, Modi and Abe were due to meet in the northeastern city of Guwahati in Assam state -- the epicenter of the protests of recent days.

They were then slated to visit a new Peace Museum in Manipur -- another northeastern state -- dedicated to the tens of thousands of soldiers, mostly Japanese, who died at the WWII Battle of Imphal between Japanese and Allied forces.

But Abe is reconsidering the visit "because security is deteriorating there," public broadcaster NHK said, adding that Tokyo would make a formal announcement later in the day on Friday.

A Foreign Ministry official in Tokyo said he was unable to confirm the reports immediately. However, a briefing for foreign media on the trip was abruptly cancelled "because we are examining the local circumstances."

An AFP reporter in Guwahati said that dozens of hoardings for the India-Japan summit were lying on the ground after protesters tore them down.

On Thursday, police in northeast India opened fire on a crowd demonstrating against a new citizenship bill, killing two people and wounding several others.