US magazine blasts US bid for 'violent revolution' in Iran

TEHRAN, Dec 13_Washington's bid to pressure Iran with sanctions has failed to achieve its objectives and has even backfired, US-based Foreign Policy (FP) magazine says. 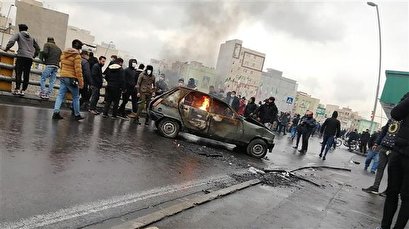 TEHRAN, Young Journalists Club(YJC)_Despite the US' "enthusiasm" for recent violent riots in Iran as a "vindication" of the success of its "maximum pressure" campaign, Iran has responded in equal terms to counter Washington, the leading publication wrote.

Washington has sought sanctions to weaken Iran's economy to an extent that may incite internal strife and topple the country's government, despite the Trump administration's "half-hearted" denial of seeking "regime change" in the country, FP wrote.

According to the magazine, certain voices in Washington have called "for what amounts to violent revolution" in Iran, with US President Donald Trump and US Secretary of State Mike Pompeo openly expressing support for violent rioters during recent economic protests in Iran.