TEHRAN, Dec 13_The first British general election to be held in December since 1923 is already over and results show several prominent British politicians across the political spectrum have now woken up to a bitter truth. 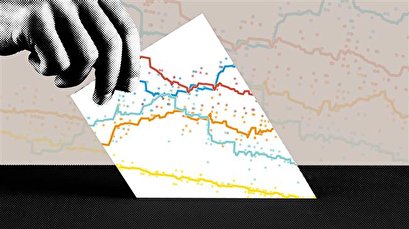 Her leadership did not last more than a few months as she lost her seat to the SNP’s Amy Callaghan in Dunbartonshire East by 149 votes. Speaking after her defeat she did not hide her dismay from the results saying: “For millions of people in our country, these results will bring dread and dismay and people are looking for hope”. Ms Swinson played a key role in triggering the December 2019 snap election.

The Big Loser: Nigel Dodds, Leader of Irish DUP in the Commons

Dodds lost his seat to his arch-rival, John Finucane, Sin Fein's candidate for North Belfast, by almost 200 votes. The unionist Irish barrister played a key role in pushing his party to a pro-Brexit position and striking a deal with Tory government as the junior partner. Irish political observers argue that Dodds’ defeat to a remainer indicates growing support for independence in Northern Ireland.

The Beast of Bolsover: Denis Skinner

After serving over 49 years as the labour MP for the Derbyshire seat, he was voted out by the electorate in favour of his Tory rival, Mark Fletcher. The Brexiteer labour MP, and the so-called lion of the left, had frequently supported Tory government initiatives for Brexit. Labour has held Bolsover since it was carved out of a wider area of Derbyshire in 1950.

The Zero Loser: Nigel Farage, The Leader of Brexit party

“Without the Brexit Party’s voice in the House of Commons, I don’t trust Boris to deliver a proper Brexit.” This is how Nigel Farage commented in a video, just hours prior to the polls opening. He was targeting over 130 labour held seats, mostly across south Wales and north England. His ploy failed miserably as the newly formed Brexit party won zero of the 130 seats it was challenging.

The former UKIP leader swiftly changed colour tweeting: This victory for Boris was hugely helped by us and is far better than the Marxist Corbyn and a second referendum.

Defeated, but not yet: Jeremy Corbyn, Opposition Leader

The heavy labour defeat in the snap election triggered a new wave of attacks on Corbyn before the election night wore out. within hours he pledged to resign as the labour party leader while asserting he will stay on as party leader during a post-defeat "process of reflection." his supporters are now blaming “Corbyn-disloyalists”, remainers and ”Blairites” for labour’s disastrous election results.