TEHRAN, Dec 13_ Early November saw the UK Security Services reduce the terror threat level from 'severe' to 'substantial' with the notion that an attack could occur without further warning. The threat level is at its lowest since August 2014, however, the recent attack on London Bridge by a known assailant; Usman Khan demonstrated that the UK is still a prime target for violent non-state actors to sow havoc and uncertainty on the already unstable streets of the UK. 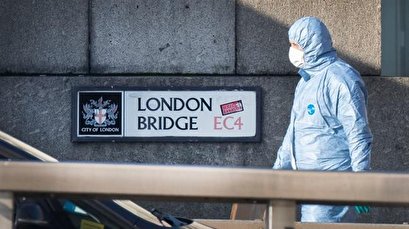 The irony of the event saw the attack take place at a prisoner rehabilitation conference at Fishmongers Hall, situated just meters away from the area Khan was tackled to the ground and shot by police.

Whereas the members of public involved in the incident, as well as the police officers who took the split second decision to fire at Khan can be quite rightly justified as heroes, one must raise the question as to why Khan had been released from prison, how he was able to successfully carry out an attack on the streets of London, and has Boris Johnson's pledge to review prisoner release dates come as too little, too late.

The number of foiled plots in the UK are quoted at 25 since 2017 according to figures released by UK law enforcement agencies, of these, 16 were allegedly related to Islamist ideology, however, the truth of the matter is the UK is under attack from a wide variety of angles, and the clear institutional racism that exists in the UK is highlighted by the notion that the remaining 9 foiled attacks have rarely been mentioned, nor is it clear who or what the motives were involved.