TEHRAN, Dec 14_The United Nations General Assembly has overwhelmingly voted to extend the mandate for a UN agency supporting Palestinian refugees for another three years amid a cash shortfall triggered by a US decision to cut funding for the body by more than half. 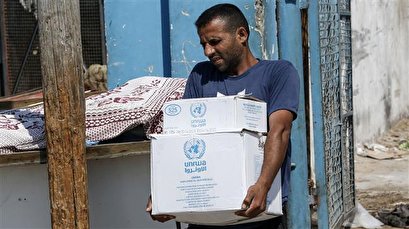 TEHRAN, Young Journalists Club(YJC)_The UN’s Fourth Committee on Friday approved extending the mandate of the United Nations Relief and Works Agency for Palestine Refugees (UNRWA) until June 30, 2023, with 169 votes in favor and nine abstentions, while the United States and Israel voted against.

UNRWA was established in 1949 to provide education, health and relief services as well as housing and microfinance assistance to some 5.5 million registered refugees in the West Bank, the Gaza Strip and East Jerusalem, as well as in Jordan, Lebanon and Syria.

The agency has faced budgetary difficulties since last year after the United States -- its biggest donor -- under the administration of President Donald Trump has taken an increasingly hard-line stance toward Palestine and halted its aid of $360 million to the organization per year.

Israel has welcomed a controversial move by the United States to cut funding to a United Nations agency supporting Palestinian refugees across the Middle East.

Last January, UNRWA Commissioner-General Pierre Krahenbuhl slammed the "political dimension" of the US decision to cut funding for the body by more than half, warning that it could escalate instability across the Middle East.