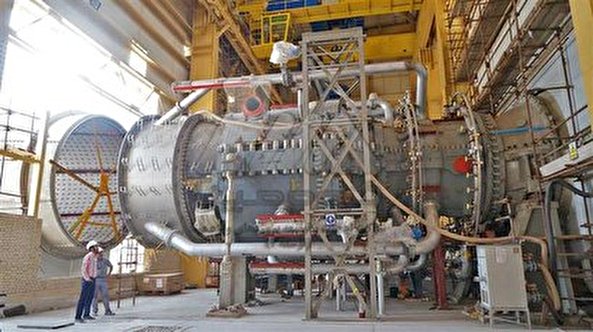 Alireza Nasrollahi said Siemens and Mapna were working on F-class turbines in eight major locations across Iran, a project he said was worth around €2.2 billion.

Nasrollahi said a major batch of the turbines will come on line at Iran’s Hengam power plant, located in the southern province of Hormozgan, in February.

He said the launch of the first phase of Hengam power plant, a gas-fired unit with a capacity of 307 megawatts (MW), will mark the first time a government-run power plant in Iran is using F-class gas turbines.

The official said the installation of all the turbines in the combined cycle 906-MW Hengam, where a second gas-fired unit will come on line before next summer, would cost around €500 million.