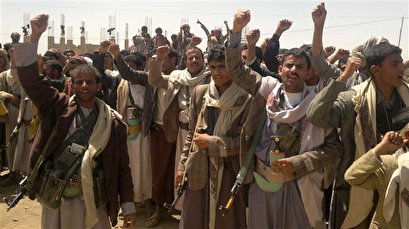 TEHRAN, Young Journalists Club(YJC)_Speaking to the press, senior Ansarullah official at the Supreme Political Council, Mohammed Ali al-Houthi said Riyadh has not taken any positive step towards resolving the Yemen conflict and bringing peace to the war-torn country.

He also blamed Saudi Arabia for the delay in the full implementation of the 2018 Stockholm Agreement which was brokered by the United Nations.

The Stockholm Agreement was reached last December following a round of peace negotiations between Ansarullah delegates and Riyadh-sponsored loyalists to ex-president, Abd Rabbuh Mansur Hadi.

The document set out three undertakings: a ceasefire along the Hudaydah front and the redeployment of armed forces out of the city and its port; an agreement on prisoner exchange; and a statement of understanding on the southern Yemeni city of Taiz.

Yemeni forces have repeatedly accused Saudi Arabia of violating the UN-backed agreement. They say such infringements have led to the death and injury of hundreds of civilians.

In September, the Ansarullah movement said it stopped retaliatory attacks against Saudi Arabia and withdrew forces from three strategic ports in Hudaydah as agreed under the Stockholm agreement.