Fires burn in Beirut as soldiers deploy to contain protest 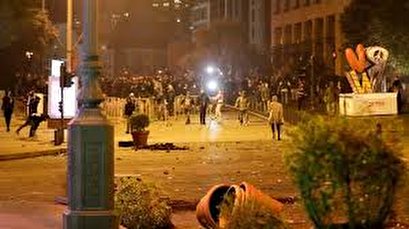 TEHRAN, Young Journalists Club(YJC)_Hundreds of people had returned to demonstrate in the Lebanese capital despite a fierce crackdown by security forces at a protest the night before when clashes wounded dozens.

Riot police and security forces, deploying again in large numbers on Sunday unleashed water cannons at protesters who remained on the streets into the night.