No plan for US talks during Rouhani's visit to Japan: Deputy FM

TEHRAN, Dec 17_Iran's deputy foreign minister for political affairs says President Hassan Rouhani has no plan for talks with US officials during his upcoming visit to Japan. 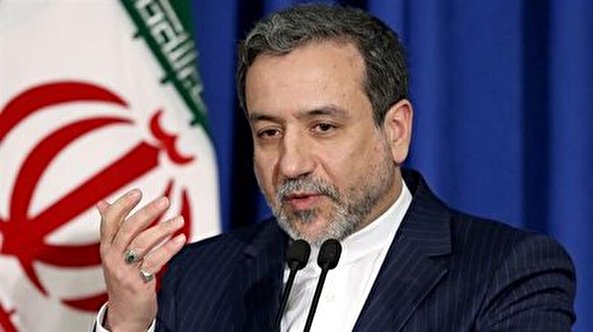 TEHRAN, Young Journalists Club(YJC)_Abbas Araqchi made the remarks while speaking to reporters on the sidelines of a conference held on Iran-Japan trade ties in Tehran on Monday when he was asked about the possibility of Tehran-Washington contacts during Rouhani's forthcoming visit.

“No; there is no such plan during [Rouhani's] visit to Japan,” Araqchi, who is also a former Iranian ambassador to Tokyo, said.

He added, “Rouhani's visit to Japan is an intensive working visit. He will be in Japan less than 24 hours… The main topic of this visit is to pursue the expansion of bilateral relations and facilitate consultations between the two sides about regional conditions and international issues.”

“Japan has been a longstanding customer of the Iranian crude oil. Oil-related interactions between the two countries date back to several decades ago. We understand the existing pressures and obstacles created [for Japan] by the United States and we hope Japanese companies would return to Iran through mechanisms that will be worked out and continue buying Iran's oil, though the current US sanctions are a serious impediment [to achieving this goal].”

In May 2018, US President Donald Trump unilaterally pulled his country out of the international nuclear deal, officially known as the Joint Comprehensive Plan of Action (JCPOA) signed between Iran and major world powers in 2015, in defiance of global criticism, and later re-imposed the sanctions that had been lifted against Tehran as part of the agreement.