TEHRAN, Dec 17_American President Donald Trump has said the United States is watching North Korea “closely” as a year-end ultimatum from Pyongyang about the fate of their nuclear talks approaches. 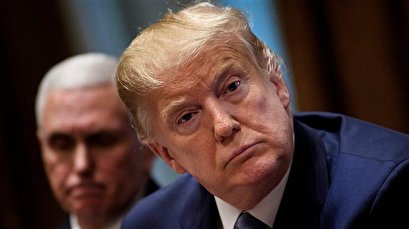 TEHRAN, Young Journalists Club(YJC)_Pyongyang has said that it will not give in to Washington’s pressure since it already has “nothing to lose,” and has even threatened that the US could expect a “Christmas gift” if it did not comply.

US special envoy for North Korea Stephen Biegun said in Seoul on Monday that Pyongyang's declarations were "hostile and negative". In Washington, President Trump warned the US was watching.

"We'll see. I'd be disappointed if something would be in the works. And if it is, we'll take care of it," Trump said at the White House on Monday when asked about the situation. "We're watching it very closely."

The negotiations between Washington and Pyongyang have been largely stalled since the collapse of a February summit in Hanoi between Trump and North Korean leader Kim Jong-un.

The North Korean leader and Trump have already held two official meetings on the denuclearization of the Korean Peninsula. However, their first meeting, the Singapore Summit held in June 2018, concluded with a broadly-worded agreement, and the second one, the Hanoi Summit, held in February, collapsed without an agreement.

The North has been under multiple rounds of harsh sanctions by the UN and the US over its nuclear and missile programs.

In spite of those sanctions, Pyongyang has taken several unilateral steps to show its goodwill, including demolishing at least one nuclear test site and agreeing to allow international inspectors into a missile engine test facility.

But diplomacy snagged as the US refused to reciprocate unilateral North Korean steps. Kim has already set the end of 2019 as the deadline for achieving progress in the stalled talks, warning that he could take an unspecified “new path” next year.