Turkey to recognize killing of Native Americans as ‘genocide’

TEHRAN, Dec 17_Turkish President Recep Tayyip Erdogan says Ankara will proceed to recognize the killing of millions of indigenous Americans as “genocide” in response to a recent move by the United States government to define the massacre of Armenians by the former Ottoman Empire as such. 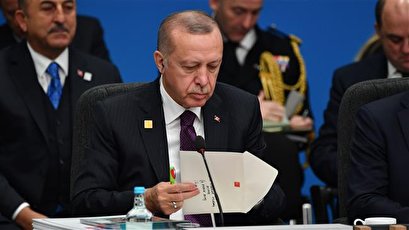 TEHRAN, Young Journalists Club(YJC)_ The US Senate unanimously voted in favor of recognizing as “genocide” the mass killing of Armenians during World War One in the early 20th century.

Speaking on the official Haber news channel on Monday, Erdogan said Turkey “should oppose [the US] by reciprocating such decisions in parliament. And that is what we will do.”

“Can we speak about America without mentioning [Native Americans]? It is a shameful moment in US history,” he added, referring to the killing of millions of indigenous people at the end of the 15th century.

According to a team at University College London, back then, some 55 million indigenous people died during the European conquest of America.