TEHRAN, Dec 17_The Palestinian Ministry of Foreign Affairs and Expatriates has called on the international community to place Israeli settlers involved in attacks and acts of terror against the Palestinian civilian population in the occupied territories on their terror lists, and put travel bans on them. 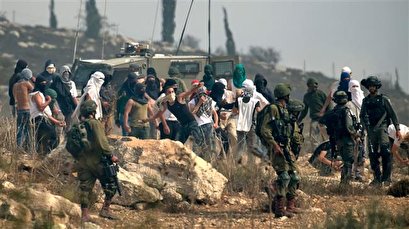 TEHRAN, Young Journalists Club(YJC)_ There has been a noticeable increase in the level of terrorist attacks carried out by settlers against Palestinian citizens, and that the damage inflicted by these attacks on the latter’s land and property has doubled,” the ministry said in a statement released on Monday.

The statement also pointed to “the destruction and the damaging of water networks and roads that Palestinian citizens are using on a daily basis," adding that "settlers never stopped throwing stones at Palestinian traffic.”

The ministry condemned what it termed as “organized terrorism” settlers’ attacks against Palestinian civilians by extremist groups such as “Paying the Price” and the “Hills Youths.”