Trump refuses to back Congress recognition of Armenian genocide, after Erdogan threat

TEHRAN, Dec 18_The administration of US President Donald Trump says it does not consider the early 20th century mass killings of Armenians as genocide, rejecting a Senate resolution saying otherwise. 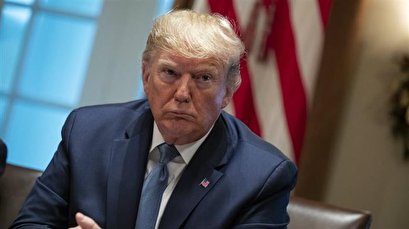 TEHRAN, Young Journalists Club(YJC)_The announcement by the US State Department came on Tuesday one day after Turkish President Recep Tayyip Erdogan threatened to recognize the killing of Native Americans in retaliation as well as his earlier threat to close down US military bases in Turkey.

On Thursday, the Senate unanimously passed a nonbinding legislation to recognize the 1915 incident as genocide, prompting angry denunciations by Turkey which rejects such a classification.

The legislation, which had already passed the lower House of Representatives in October, marked the first time Congress formally designated the killings at the hands of the Ottoman Empire as genocide.

"To overlook human suffering is not who we are as a people," said Senator Robert Menendez, a Democrat from New Jersey who co-sponsored the legislation alongside Texas Republican Senator Ted Cruz. "It is not what we stand for as a nation. We are better than that, and our foreign policy should always reflect this."

However, State Department spokeswoman Morgan Ortagus said in a statement on Tuesday that "the position of the administration has not changed."

"Our views are reflected in the president's definitive statement on this issue from last April," Ortagus said.

Back in April, Trump had in a statement commemorated the killings, describing them as “mass atrocities” rather than genocide.