TEHRAN, Dec 20_Iran's Foreign Ministry spokesman Abbas Mousavi says US Secretary of State Mike Pompeo does not fit for his office because he lacks the typical features of a foreign minister. 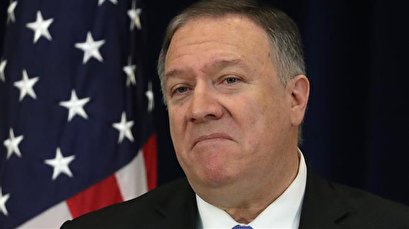 TEHRAN, Young Journalists Club(YJC)_Pompeo, who came to the US Department of State from a hellish, deceitful, putschist and torturer organization and brought his fiendish ideas to the field of diplomacy which is a civilized domain, does not fit the mold of a foreign minister and has no standing in this field," Mousavi said.

Pompeo was formerly the director of the Central Intelligence Agency (CIA) from January 2017 to April 2018. He is on record to have told the audience at Texas A&M University in April that as the CIA director, "we lied, we cheated, we stole."

"Foreign ministers are typically the harbingers of peace, reconciliation, dialogue and respect, while Mr Pompeo is the megaphone for bullying, deceit, humiliation and insult with the language of anger, aggression, ignorance and extremism," Mousavi said.

His remarks came in response to Pompeo's announcement of new sanctions against Iran on Thursday and claiming at the same time that “the United States has stood, and will stand under President Trump, for the Iranian people."