TEHRAN, Dec 21_Engineer Ash-Shimmari in a TV interview pointed to the US abuse of the Saudi Regime for returning the ISIS to Iraq and then reiterated that the Resistance, supported by the religious sources of emulation, won’t let this plot be repeated. 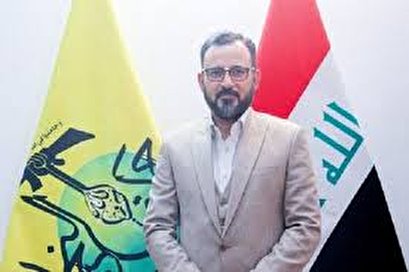 TEHRAN, Young Journalists Club(YJC)_According to the report of ..., the spokesman of al-Nujaba Islamic Resistance, attending in a TV talk, maintained, “All know that the source of world problems is the triangle of the UK, Israel and the US; the House of Saud and reactionary regimes are also their stooges across the region.”
Engineer ash-Shimmary further mentioned, “Enemies thought that they can maintain terrorist groups such as the ISIS in the region for some decades; however, the Resistance demonstrated a different determination and frustrated the said plan. If the ISIS ruled Iraq, all the governments in the region would collapse, but the Islamic Resistance didn’t let this happen.”
He pointed out, “The US, abusing the Saudi Regime and other Arab regimes of the Persian Gulf, seeks to repeat these ploys in Iraq, however, the IPMF, enjoying the support of the sources of emulation, won’t let this happen.”
Al-Nujaba’s spokesman, pointing to the attempts made by Americans for opening up a gap between the IPMF and Iraqi citizens, stated, “The awareness of the Iraqi people and their solidarity with Resistance groups, together with the support of the religious sources of emulation, have prevented from the aggression against this popular organization.”
Then, ash-Shimmari warned against the US mercenaries taking advantage of the Iraqi popular protests, and added, “Having organized some attacks against the commanders and offices of the Resistance groups, they sought to provoke the IPMF and protesters against each other, and eventually, the IPMF members would be introduced as suppressors and demonstrations would be turned into violent protests.”
Finally, once again repeating the positions of al-Nujaba, he pointed out, “We defend the legitimate demands of the Iraqi nation, and we will never adopt any position against people. Reforms should be logically and moderately undertaken, and the sources of emulation, having provided several transparent guidelines in this regard, are the best examples of moderation.”
Share to
Tags
nujaba ، iraq ، resistance
Your Comment