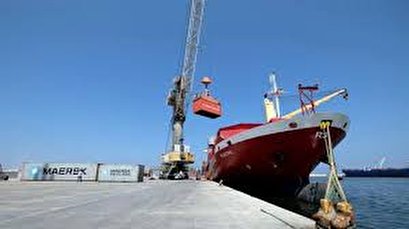 TEHRAN, Young Journalists Club(YJC)_The Grenada-flagged vessel was taken to Ras Al Hilal port near the eastern city of Derna "to search and verify its cargo," spokesman for Haftar's forces said in a statement on Saturday.

Haftar’s forces provided Reuters with footage that shows them seizing the ship and questioning three Turkish crew members. They also published copies of passports of the Turkish nationals.

It was not immediately clear what the ship was carrying.

Since 2014, Libya has been divided between two rival governments: the House of Representatives based in the eastern city of Tobruk and the Tripoli-based unity Government of National Accord (GNA). Haftar, who is commander-in-chief of the so-called Libyan National Army (LNA), supports the eastern government.

Turkey supports Libya’s internationally-recognized government in Tripoli, which has been under assault by Haftar’s forces trying to seize the capital for nine months, while the LNA receives support from the United Arab Emirates and Egypt.