TEHRAN, Dec 23_Iran's Foreign Ministry has denounced a resolution passed by the European Parliament, which accuses Tehran of mishandling the recent fuel price protests, arguing that the legislature's account has been based on a set of twisted facts and unfounded documentation. 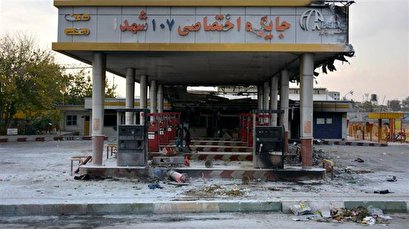 TEHRAN, Young Journalists Club(YJC)_Ministry's Spokesman Abbas Mousavi told IRNA on Monday that the December 19 resolution was “an impetuous and unconstructive move based on the distortion of the realities on the ground.”

Mousavi expressed regret that the purported evidence presented in the document were based on misleading and false information provided by unreliable sources, mostly hostile groups, some of them terrorist in nature.

The deliberately twisted facts, he added, had been piled up with malicious political intentions.

The move prompted peaceful public protests in a number of cities, but riotous elements took advantage of the situation, destroying public property, and setting ablaze banks and gas stations. There were even instances of rogue elements opening fire on people and security forces.

An official tally on the fatalities from the wave of unrest is not yet available.

The European Parliament’s resolution claimed that the protesters hailed “from all over Iran and representing all segments of society.”