Israel air raids against Syria will not go unanswered: Aid to Iran Leader

TEHRAN, Dec 24_A senior Iranian official says Israel “will regret” committing acts of aggression against Syria, and that the Syrian and Lebanese nations will give a response to the Tel Aviv regime. 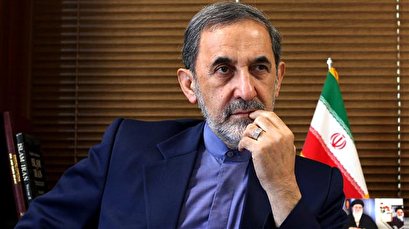 TEHRAN, Young Journalists Club(YJC)_“Israeli airstrikes against Syria will not go unanswered, and Tel Aviv will regret having committed these crimes,” Ali Akbar Velayati, adviser to Leader of the Islamic Revolution Ayatollah Seyyed Ali Khamenei on international affairs, said in an interview with Russia Today’s Arabic channel due to be aired on Tuesday night.

“Sooner or later, Israel will receive a response for its aerial attacks on and crimes in Syria,” he said, expressing hope that resistance forces in Syria and Lebanon would “stand against the crimes committed by the US and Israel.”

He said that “Israel cannot continue its unlawful aggression in the region with impunity.”

Velayati further dismissed as “propaganda” anti-Iran remarks made by Israeli officials, saying, “Tel Aviv is powerless and cannot carry out its threats against Iran.”

The Iranian official also said that the Lebanese Hezbollah resistance movement will “raze Israel to ground” if the regime dares to attack Lebanon.

The regime sporadically carries out such attacks via Lebanon’s skies against positions of pro-Damascus forces or what the regime usually claims to be Iranian targets in Syria, where Tehran has military advisors deployed.