TEHRAN, Dec 25_Iran's ambassador to the UK has denounced as “fake” a recent Reuters report about the death toll from last month’s riots in the country, saying the report by the London-based agency helped shed further light on the role of the notorious US-backed Mujahedin-e Khalq Organization (MKO) terror group in the unrest. 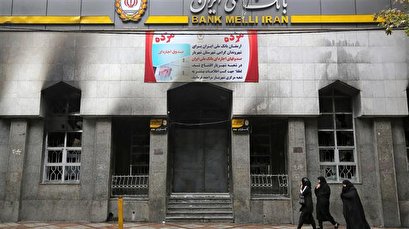 TEHRAN, Young Journalists Club(YJC)_Hamid Baeidinejad was reacting to Reuters’ claims on Monday that “about 1,500 people were killed during less than two weeks of unrest that started on November 15.”

The report, which was outright rejected by Iran, was soon cited by US Special Representative for Iran, Brian Hook, who urged action against the Islamic Republic.

It was also retweeted and dramatized feverishly by sources close to the MKO itself.

On Wednesday, Baeidinejad pointed to one of the MKO-sympathetic tweets in a post, saying the group had, by supporting the Reuters report, “identified itself as the only influential force managing and spearheading organized protests and street fights in Iran.”

In mid-November, a seriesof protests broke out in several Iranian cities against a government decision to increase fuel prices. The initially peaceful gatherings, however, descended into violence as riotous elements — many of them armed — infiltrated the protests, perpetrating acts vandalism against public and private property and randomly opening fire at everyone on the scene.

Authorities have reported fatalities among both civilians and security forces, but are yet to release an official figure on the number of casualties.

Reuters’ report surfaced over a week after the MKO’s ringleader posted a tweet, producing exactly the same figure as the alleged fatality count.