TEHRAN, Dec 27_Russian military police have taken control of a base near Syria’s northern city of Raqqah only a few days after US servicemen left the site, which lies in a strategic area at a crossroads linking the strategic city with the central and northern regions of the war-ravaged country. 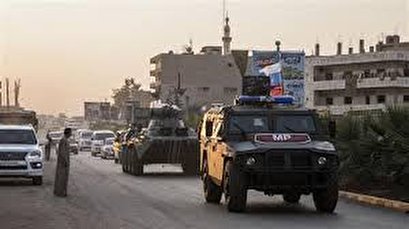 “By the end of the day, the unit will be stationed and, in a manner of speaking, we will carry out patrols ... to protect local civilians starting from today,” Russian military officer Arman Mambetov said after the Russian flag was hoisted above the base.

The development came as Syrian authorities had earlier stated that foreign-sponsored Takfiri militants were using important roads in Tal Samin to transport ammunition and personnel when the area was under US control.

In late October, Washington reversed an earlier decision to pull out all of its troops from northeastern Syria, announcing the deployment of about 500 soldiers to the oil fields controlled by Kurdish forces in the Arab country.