TEHRAN, Dec 27_Russian Deputy Foreign Minister Sergei Ryabkov has ruled out the possibility of renewing a UN arms embargo against Iran which is to expire in October 2020 in line with the 2015 nuclear deal between Tehran and world powers. 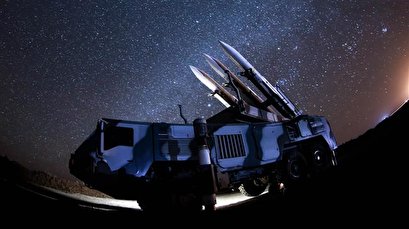 TEHRAN, Young Journalists Club(YJC)-Speaking to the Russian news agency Interfax, Ryabkov said restrictions on Iran's import and export of arms will expire next year as per the Joint Comprehensive Plan of Action (JCPOA) and it is not possible to renew them.

The US officials’ calls for extension of the embargo are considered as a foreign policy move that has no basis and principle, Ryabkov noted, highlighting that the removal of the embargo is based on the JCPOA, signed by several parties including the US and endorsed by the UN Security Council Resolution 2231.

The Russian official said Moscow is not going to bow to the US demands whenever they want so. “They may come up with something else next time.”

Under the nuclear deal, from which the US unilaterally withdrew last year, a UN ban on weapons sales to Tehran will end in October 2020.

Last month, President Hassan Rouhani said Iran intends to stay in the nuclear deal despite the US violations, arguing that the accord will be put to good use next year when a long-running arms embargo against Tehran comes to an end.

"By continuing the JCPOA, we will fulfill a major objective in terms of politics, security and defense," he said.

Noting that for years Iran has been banned by the United Nations from buying and selling any kinds of weapons, Rouhani said the arms embargo will end next year according to the deal and the UN Security Council Resolution 2231, which endorses it.

"This is one of the important effects of this deal. Otherwise, we could leave the deal today but the kind of benefit we stand to reap next year will no longer exist," he said.