TEHRAN, Dec 28_Iran says its joint naval drills with China and Russia in the Indian Ocean and the Sea of Oman reaffirm its resolve to secure vital waterways. 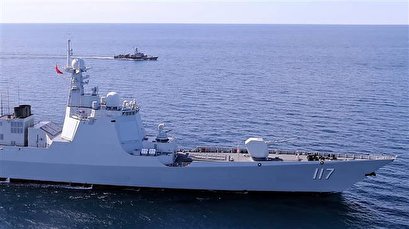 Zarif's tweet came on the same day that Iran, Russia and China started four days of joint maritime exercise, dubbed as the "Marine Security Belt", in an area of 17,000 square kilometers which consist of "various tactical exercises", such as target practicing and rescuing ships from assault and incidents such as fires.

"Among the objectives of this exercise are improving the security of international maritime trade, countering maritime piracy and terrorism, exchanging information regarding rescue operations and operational and tactical experience," Second Rear Admiral Gholamreza Tahani said.