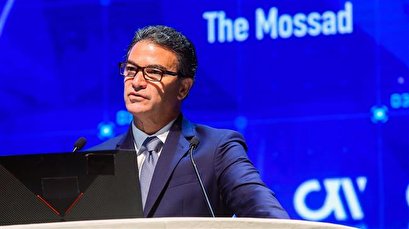 "All Iranian nuclear, long-range missile and precision missile activities," as well as its regional role "are a challenge to the security of" Israel, he added.

“There is a possibility that we will face a limited confrontation with Iran and we are preparing for it,” he said, stressing that it would have been better had Israel not been the only one engaged in the anti-Iran campaign.

“We will not allow Iran to entrench itself in Syria, or in Iraq,” he added.

Over the past years, Iran has been offering military advisory support to Syria and Iraq in order to help them fight terrorism. The aid has been provided at the request of both Damascus and Baghdad governments.

Israel, on the other hand, frequently attacks military targets inside Syria and Iraq in what is considered an attempt to prop up foreign-backed Takfiri terrorist groups that have been suffering heavy defeats against government forces.

In recent weeks, Israeli officials have for several times threatened Iran in what seems to be a provocative move meant to win Washington's support at a time that the US is pulling out of the Middle East.

American troops' withdrawal has raised concerns among Israeli officials, who feel being left alone in the region with anger boiling over Tel Aviv's occupation of Palestinian lands.