TEHRAN, Dec 28_Iraqi resistance groups have denounced President Barham Salih’s resignation as a violation of the constitution and have accused him of caving in to pressure from the United States. 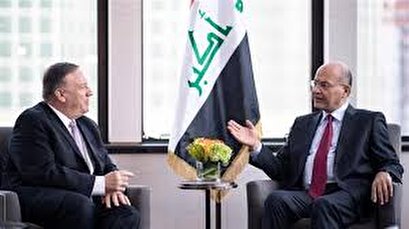 TEHRAN, Young Journalists Club(YJC)-The groups said the president, by resigning, had effectively refused to carry out his legal duty of designating the candidate nominated by the parliament’s largest bloc to act as prime minister, as required by the constitution.

Salih announced his resignation on Thursday, explaining that he made the move since the constitution did not allow him to reject the premiership of Assad al-Eidani, who was nominated by the Fatah parliamentary bloc.

“It is better for me to resign rather than assign an individual that is objected by the protesters to form a government,” he said, referring to months-long protests which have swept the capital and southern areas of the country.